Published by Tenth Page, the novel is currently available through Amazon in both paperback and Kindle (ebook) formats, and in paperback at Barnes & Noble, Abe Books, Book Depository and many other great outlets. Signed, limited edition hardcover copies are available through this website by request only. 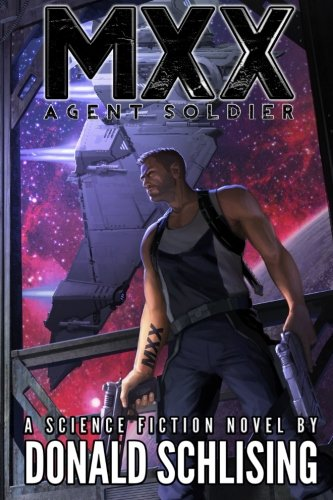 I wiped the spatter of crimson from my face, ignoring the metallic taste of copper pooling inside my mouth.  My heart beat so violently inside my chest it outlined my vision in red and pounded an echoing thump inside my skull.  I blew out a breath, feeling the pain from my wounds fade under the numbing power of vengeance and the building feeling of pleasure that had eluded me for so many years.

The slaver slumped to his knees, the color in his face draining to match the whites of his widening eyes.  As he reached his trembling hands up, his bottom lip quivered, gurgling a froth of red from his mouth, begging for forgiveness, mercy or a quick death.  He would receive none of them from me.

His blood coated the edge of my knife, flowing freely down the blade then pattering lightly on the floor; each drop timing the agonizing seconds he had left to live.  I held his head in my hand, my fingers locked in his hair like a vice, forcing our eyes to meet.  Wheezing a sputtering gasp, his eyelids fluttered and twitched as he peered deep into my soul.  Whatever he saw must have scared him more than death.

Fueled by his desire to live, the slaver thrashed at my arm in his final act of defiance.  I didn’t release him, nor did my eyes move from his.  Watching him die, the cold grip of fear clutched my spine.  At that moment I’d lost the compassion that made me human, and my body shuddered at the thought.

With his last breath the slaver’s body stilled, went limp, then crumpled into a pile at my feet.

"It was a great story line and kept me enthralled the entire time I was reading it!"

"The author has built a very dark and dangerous Sci-Fi galaxy and created a hero/anti-hero cut from the same cloth as Robert E. Howard’s Conan."

"...together with the excellent plot, action, and characters, gets this book a solid 4 out of 4 stars."

"Donald's descriptive writing gave me such a bright mental picture in my head, but also left enough of a mystery to allow me to interpret the scene so it was meaningful to me. The story was a wonderful blend of action and adventure and drama, with lots of little twists that I never saw coming. I give this book two thumbs up, and it would be more if I had more thumbs!"

"The pace, the setting of the outer space, the action sequences everything is so well done, if by any chance this would be picked for a movie (I hope) I will be the first one in line to buy a ticket..."

“MXX: Agent Soldier is packed full of action, and delivers conflict and suspense in a really enjoyable way. Add in some interesting tech and it’s nearly impossible to read this book and not enjoy it.”